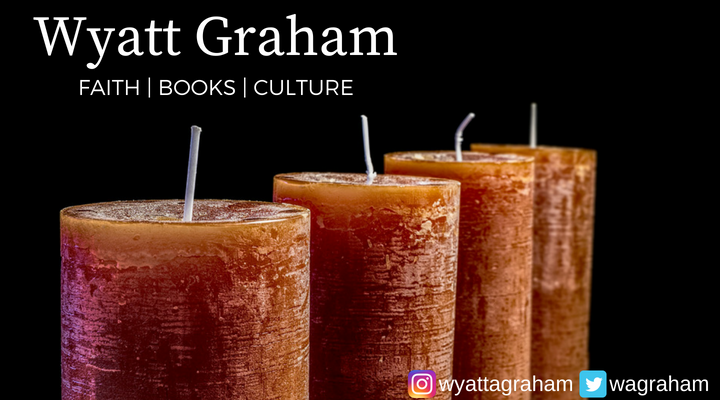 To correct these twin errors, we need to define what we can know about God by crisp definitions. For example, the Apostle John pithily spoke of God in 1 John by saying “God is love” and “God is light.” And while we can never know God fully, we can say true things about him.

We can follow John’s example by using concise definitions to clarify who God is, to avoid error, and ultimately to grow in our knowledge of God. For those reasons, consider this short dictionary of God words.

END_OF_DOCUMENT_TOKEN_TO_BE_REPLACED

Christians proclaim the gospel of Jesus Christ because it is good news. And what makes it so good? The reason why the Gospel is good news is because of who God is, what he has promised, and what he has done. Let’s take this apart one-by-one. END_OF_DOCUMENT_TOKEN_TO_BE_REPLACED

One of the paradoxes of our faith is that God both reveals himself to us and yet is incomprehensible. We know him in part, yet we do not know him in full (at least, not yet).

And yet: we know God in part. It’s a real knowing, a real understanding. One of the best ways to learn about God is to focus on his names or titles in the Bible.

Here is a short sketch of some names of God in the Bible that reveal God’s nature. These names reveal how the Father and Son relate to another and how God is eternally beneficent and always shares of himself.* END_OF_DOCUMENT_TOKEN_TO_BE_REPLACED

Basil of Caesarea is one of the giants of the past. He was a pastor, a writer, and a theologian. His work On the Holy Spirit is still the best book you can read on the topic. And we have abundant access to his life through his extant letters. In Letter 38, for example, he writes to his brother Gregory of Nyssa (who would later preside over the Council of Constantinople), giving Gregory a crash course on the Trinity.

And it is quite simply the best short guide to the Trinity that I have ever read. I outline the argument below, so that you can participate in the crash course and become a better person (really). By learning more about God, you grow in your experience of God. And this is how God grows us from one level of glory to another. Put more explicitly, by the Holy Spirit we gaze into the face of Christ so as to see the Father in it; by this knowledge, we grow from one level of glory to another. END_OF_DOCUMENT_TOKEN_TO_BE_REPLACED

A Christmas meme has been making it’s way around the internet. It features a little boy asking Santa: “Homoousios or Homoiousios?”[1]

Santa replies with a confused, “What?”

Then comes the punchline. The little boy says, “You’re not the real St. Nicolas.”

So what in the world is this meme about? Well, it’s about one of the most important realities in the universe: who Jesus is.

END_OF_DOCUMENT_TOKEN_TO_BE_REPLACED

One of the most common ways of talking of the Trinity is to speak of the immanent Trinity and the economic Trinity. The former refers to how God is in himself apart from his works in history. The immanent Trinity describes the relationship that the Father, Son, and Holy Spirit have with each other. The latter term refers to how the Trinity works in history. So the Father sends the Son into the world to save the world.

The idea is sound. We can think of God in eternity and of God in history. But I fear using the phrases “immanent Trinity” and “economic Trinity” fails to helpfully describe the Trinity for a number of reasons.

In Fred Sanders’ excellent book (see the review), The Triune God, he details the origin of this distinction (which is very recent!) and some of the problems with these terms. I’d love to recount my summary of his argument here because, to my mind, the way we talk about God is a big deal. We don’t want describe God in ways that are not true; and we want to know God in truth. Because when crisis comes, we need to turn to the true God, not the God that we have wrongly fashioned in our minds.

So here are three reasons to ditch the language of the immanent Trinity and Economic Trinity. END_OF_DOCUMENT_TOKEN_TO_BE_REPLACED