Double procession refers to how the Spirit relates to the Father and Son. It is said to be “double” because both the Father and the Son spirate (breathe out) the Spirit. The Spirit comes from both. Others find it better to say: the Spirit only proceeds from the Father in order to maintain the monarchy of the Father.

While both positions overlap, it is worthwhile to consider the logic of double procession since few discuss the relative (pun-intended) benefits of the doctrine today. The basic argument is that double procession ensures that each person in God has one relational difference from the other. The point is to ensure that we can distinguish the Father, Son, and Spirit.

Here is how this works.  END_OF_DOCUMENT_TOKEN_TO_BE_REPLACED

Does the Son eternally submit to the Father? Jonathan Routley thinks so. Actually, Routley argues that he has a moral obligation to define God in terms of submission and authority. He explains, “Scripture teaches that the Son eternally submits to the Father willingly, voluntarily, and lovingly” and affirms his “moral obligation to speak up for that conviction” (xii).

Yet his moral obligation to understand God rightly means that he wants to persuade those who no longer speak about the doctrine eternal submission to reaffirm their beliefs: “I am hopeful that this volume might challenge some who have formerly supported the doctrine of eternal submission and have more recently taken a position of silence to regain their voice and reaffirm their support” (xii-xii).

Should the silent speak up? Should we all affirm the eternal submission of the Son to the Father? In answer to that question, we need to see if Routley’s thesis accurately interprets Scripture and uses theological reasoning. My conclusion will be that Routley does not successfully prove his case either scripturally or theologically.  END_OF_DOCUMENT_TOKEN_TO_BE_REPLACED

The first article of the Belgic Confession (1561) affirms, “We all believe in our hearts and confess with our mouths that there is a single and simple spiritual being, whom we call God.” This confession of God’s simplicity represents the common opinion of reformed theology as well as earlier Christian theology.

But divine simplicity as well as its attendant teachings (immutability, impassibility, timelessness) no longer enjoy such a consensus. Instead, a number of theologians now deny, ignorte, or redefine simplicity. Certainly, the principle of Sola Scriptura allows even the most central teaching of Christianity to undergo scrutiny. Yet I am persuaded that divine simplicity enjoyed such universal consensus because it is biblical, true, and coherent. God is simple.

To deny, ignore, or redefine this doctrine entails not only theological incoherency but also various other inconsisties when it comes to certain attendant doctrines—immutability, impassibility, infinity, triune relations, and monotheism. END_OF_DOCUMENT_TOKEN_TO_BE_REPLACED

Christians across the ages have confessed God’s simplicity, and it also remains as a stalwart foundation for the reformed faith. The Belgic Confession (1561), for example, begins by affirming that God is “ single and simple spiritual being.” And Francis Turretin (1623–1687) remarks, “The orthodox have constantly taught that the essence of God is perfectly simple and free from all composition” (1992: 1:191).

Divine simplicity means that God has no parts or possibility. He is actually and always who he claims to be.

Yet some today reject divine simplicity as being nonbiblical and incoherent. Is it? END_OF_DOCUMENT_TOKEN_TO_BE_REPLACED 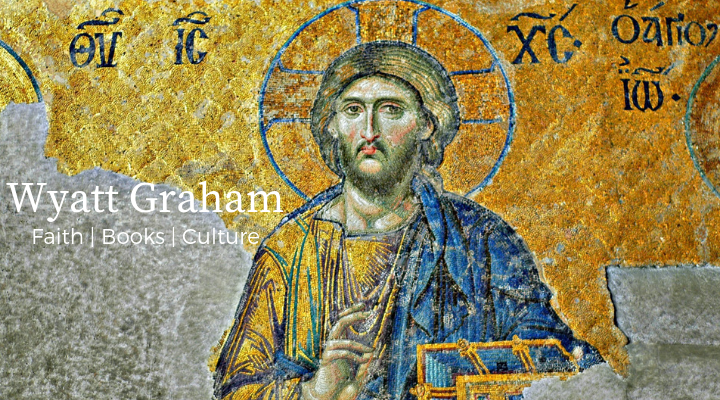 Note to readers: I consider this article to be a work in process. It represents my fresh and therefore incomplete view of 1 Corinthians 15. I offer them in this light and in this light only.

Some argue the case. Bruce Ware claims, “There is no question that this passage indicates the eternal future submission of the Son to the Father, in keeping with his submission to the Father both in the incarnation and in eternity past” (2005: 84). Wayne Grudem cites 1 Corinthians 15:28 to affirm the Son’s “subordinate” role (ST 249).

With the respect due these theologians, I disagree with their interpretation of 1 Corinthians 15. By tracing the Adam-Christ relationship in 1 Corinthians 15, the citation of Psalm 8 in 15:27, and the meaning of the final phrase “that God may all in all,” we discern another and better conclusion of the text’s meaning. 1 Corinthians 15:28 indicates that the Son redeems physical humanity and subjects all physical things to God, so that God may be all in all Spiritual creatures through his abiding Spirit.

END_OF_DOCUMENT_TOKEN_TO_BE_REPLACED

In John 17, Jesus promises to share the Father’s glory (that he too possesses) with his disciples. He prays, “The glory that you have given me I have given to them, that they may be one even as we are one” (John 17:22).

What does this mean? And to complicate things, how does this fit with Isaiah 42:8 which reads, “my glory I give to no other”?

The answer requires paying close attention to the argument of John, the order of redemptive history, and reflecting theologically on the meaning of both. I argue that “glory” in John 17 means “Holy Spirit.”

To make this argument, I will outline, augment, and strengthen Gregory of Nyssa’s (335–395) argument for this position in his letter: “On ‘Then Also the Son Himself Will Be Subjected to the One Who Subjected All things to Him.’”