What do these Bible verses mean?

END_OF_DOCUMENT_TOKEN_TO_BE_REPLACED 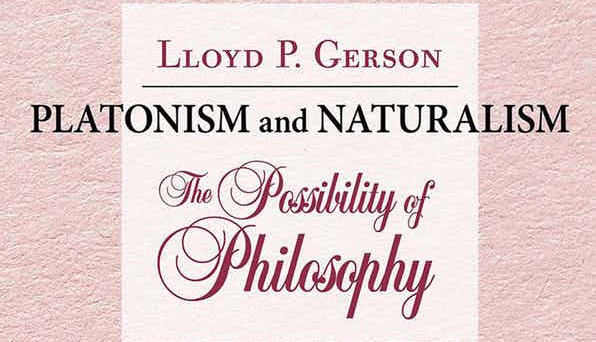 Lloyd P. Gerson ties platonism to five negations and one affirmation. Platonism denies nominalism, materialism, mechanism, skepticism, and relativism (18-19). Positively, it affirms the first principle of all, the Good or the One (19–20).  It affirms the reality of intellectual objects like truth, justice, and God. Platonism then, for Gerson, zeroes in on the affirmation that the world goes beyond nature, and that there is stable truth that grounds our life.  END_OF_DOCUMENT_TOKEN_TO_BE_REPLACED

Crawford Gribben’s work Survival and Resistance in Evangelical America makes sense of much of contemporary evangelicalism and the political mood of much of North America. Gribben spent a number of years interviewing, reading, and analyzing those who play a part in Christian Reconstruction in the Pacific Northwest (the book’s subtitle).

Christian reconstruction refers to a broad group of people who want to reconstruct society around biblical law, or at least a Christian culture. Douglas Wilson might be the most popular member of this movement today. That said, he himself does not own the theonomist label, even though he affirms a debt to the thinking of R. J. Rushdoony. That latter founded the modern theonomy movement.

Gribben then describes a diverse set of people who have moved to the Pacific Northwest (Idaho area) to resist the coming decline of American culture in the hopes of rebuilding a better life afterward. It is a strategic retreat to combat the coming decline. Yet this reconstruction hopes in a better future, and so it carries postmillennial eschatology.  END_OF_DOCUMENT_TOKEN_TO_BE_REPLACED

I understand Platonism to be a field of study. Platonism studies metaphysical objects like causes, numbers, purpose, evenness, oddness, angels, mind, justice, love, and so on. Now, I recognize that I am being reductive here. Plato and platonists have spoken about a great deal many things. But I find this basic and simple definition helpful because it names what Platonism is in a way accessible to most today.

A brain surgeon studies the technique of brain surgery. A biologist studies biology. A platonist studies intellectual objects like love and numbers. It is easy to see why Christians might adopt platonic concepts. Theology—the study of the invisible, unseen God and his works—speaks about a divine Being whose existence lies outside of regular sense experience (sight, smell, etc.). An angel, heaven, a demon, a power, a throne, and more besides generally are understood to exist in a way that differs from a dog, person, or house.

Christian Platonism, in my view, uses appropriate language to talk about intellectual (i.e. non-material objects). Christianity adopted that language to organize their thinking around God and his works. Particularly, to conceive of one God who Paul calls “invisible” (1 Tim 1:17) or to conceive of how the invisible Logos becomes flesh (John 1:14) takes careful thinking. Platonism or philosophical language in general provides the tools for the job, just as physics can describe how the world works.

Alexander J. B.  Hampton and John Peter Kenney appear to say something somewhat similar in their introduction to Christian Platonism: A History when they say, “At various times, Platonigms has constituted an essential philosophical and theological resource, furnishing Christianity with a fundamental intellectual framework that has played a key role in its early development, and in subsequent periods of renewal” (3).  END_OF_DOCUMENT_TOKEN_TO_BE_REPLACED

Do not exclusively read articles online. Think of online articles as portals to books. Articles may answer an important question, give insight into an issue, and help us to know what to seek and to know.

But books deliver the contemplative ruminations that thinking requires. Online articles are an appetizer. Both are important. And the media of books and the internet are here to stay.

But there is an ordering. First the short article. Then the book. END_OF_DOCUMENT_TOKEN_TO_BE_REPLACED

The last few years have shown us how important political thinking is to our way of life. Politics affect everything—whether that means actual policy or simply the newest political topic that spills into social media.

I have found myself in the past as a political outsider, not seeing my own face in conservative nor liberal parties in North America. And yet I assume that I am a conservative. It turns out that by receiving a whole set of traditions, assumptions, and ideas as I did, I was being a conservative.

A number of books have helped me to understand what it means to be Conservative, and they showed me why I often did not see myself or my views within the current political parties in North America. Here are five: END_OF_DOCUMENT_TOKEN_TO_BE_REPLACED