A simple question. But with a not-so-simple answer.

“What makes you happy or fulfilled?” might be another way to ask the question. Do you work to pursue material success or work out of a fear of failure? Do the long hours that you put into work find their justification because you have a nice home, car, and electronics? Does the pursuit of happiness in your marriage and family have some purpose behind it? Or is it arbitrary?

Another way to ask the question is “What’s your goal in doing what you do?” If you cannot answer that question apart from saying, “Well, family is a good thing” or “I need to work or else I won’t have money,” then I fear that you will have missed the mark in this life and will perhaps head into ruin. END_OF_DOCUMENT_TOKEN_TO_BE_REPLACED

For many, however, the Benedict Option (BenOpt) is an unknown entity or fuzzy concept. In light of these factors, I will explain what the BenOpt is and will try to explain why the BenOpt has gained so much attention over the past few weeks.  END_OF_DOCUMENT_TOKEN_TO_BE_REPLACED

Tim Keller recently recorded a short clip on “How to raise your kids in Christian identity.” Take a listen to it here:

In 2005, Christian Smith published his work Soul Searching: The Religious and Spiritual Lives of American Teenagers. He interviewed teenagers across the USA to get a sense of their religious life. He found that very few teenagers are seekers or are spiritual and not religious. In fact, the opposite tends to be true. Teenagers are part of traditional religious communities.

Very, very few American adolescents appear to be caught up in the much discussed phenomenon of “spiritual seeking” by “spiritual but not religious” seekers on a quest for higher meaning. Neither Joy nor Kristen, nor most teens we interviewed, had even heard of the expression “spiritual but not religious,” much less knew what it meant. Contrary to popular perceptions, the vast majority of American adolescents are not spiritual seekers or questers of the type often described by journalists and some scholars, but are instead mostly orientated toward and engaged in conventional religious traditions and communities. (27).

The situation in 2017 may be different than when Smith wrote in 2005. But experience tells me that it is not. Of course, everyone knows a spiritual-but-religious person. But the majority of people that I know of are not spiritual seekers. They are either traditional religious adherents or those who are not very religious—however they define that.  END_OF_DOCUMENT_TOKEN_TO_BE_REPLACED

Westboro Baptist Church member, Megan Phelps-Roper, explains how engaging others in Twitter changed her whole life. Through her online interactions, she came to realize the error of her ways. She learned that her cult’s teaching contradicted the Bible’s teaching.

The point of her talk, it seems, is that we must engage in civil dialogue with others in compassionate ways. Her story shows that the way we engage with people over the internet is important. Our rudeness online is the same as being rude in person. We must be compassionate and kind in whatever context that we find ourselves in. Listen to this fascinating talk below: 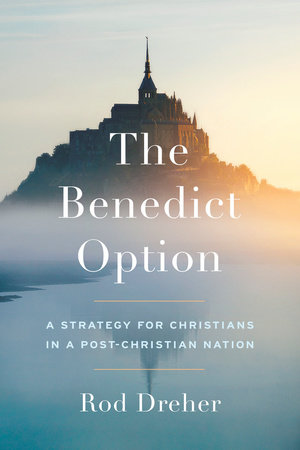 The church is an ark that withstands the waves of a collapsing culture. Is is also a wellspring of life (238). The church must withstand the pressures of culture and also thrive on living waters. END_OF_DOCUMENT_TOKEN_TO_BE_REPLACED