Sometimes we think of the Bible as if it were a book that fell from heaven to earth. But, while the Bible is inspired by the Holy Spirit, regular humans (who were prophets) wrote it. And they cited sources in their writings in similar ways that we do.

Once we realize this, it helps us to read the Bible in the way that God and its authors intended it to be read. The Bible is both historical and theological. Authors wrote books of the Bible within real historical times, and God inspired it to speak beyond those events in history.

Let’s take a look at the Bible itself to explain how this worked. END_OF_DOCUMENT_TOKEN_TO_BE_REPLACED

The jubilant spirit congeniality contrasts sharply with the threat of ISIL against Coptic Christians. END_OF_DOCUMENT_TOKEN_TO_BE_REPLACED

Evangelicals rightly affirm Sola Scriptura, the principle that the Bible is the final and ultimate authority in life and practice. Sometimes, however, this leads to the conclusion that tradition (or historical theology) is unimportant. Not always, but sometimes.

And this is disastrous biblically and practically. END_OF_DOCUMENT_TOKEN_TO_BE_REPLACED 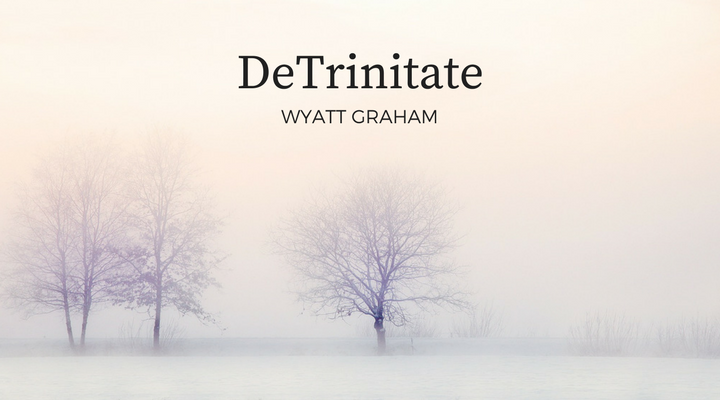 In a recent article, Greg Morse argues that doubt dishonours God. According to Morse, doubt dishonors God because it is a failure to trust him: “We slander him when we refuse to trust him.” The article is well-written and worth reading, and it should lead us to reconsider what it means for us or others to doubt.

After all, the experience of many Christians is one of doubt. Some lack assurance of their faith. Others become overwhelmed by the weight of their own sin. Still others are weighed down with regret.

What do we do when we doubt or deal with those who doubt?

To find the answer, let’s take a step back and look at what the Bible says about trust and doubt. END_OF_DOCUMENT_TOKEN_TO_BE_REPLACED

The Church of Sweden (AKA: The Evangelical Lutheran Church) voted on November 23rd, 2017 to use gender neutral pronouns to refer to God. On May 20th, 2018, the church’s decision will come into force  during Pentecost. The goal here is to modernize “its 31-year-old handbook setting out how services should be conducted.” Essentially, this will mean that priests will use, for example, the term God instead of he, choosing gender-neutral terms when possible.

Practically, the church’s decision means that priests will be allowed to say, “in the name of God and the Holy Trinity” instead of “in the name of the Father, son and Holy Spirit.” No longer is it neccesary to call God Father, Son, or Holy Ghost. END_OF_DOCUMENT_TOKEN_TO_BE_REPLACED The story sounds like a comedy. A group of monks who meditate and pray all day equip themselves to engage in battle. And unsurprisingly, they were ill-equipped to the task. Leontius would have known about all of this and perhaps participated. Sometime after the failed monkish war, Leontius returned to Byzantium to defend the cause of the Origenists in 539 or 540 (25). A number of years later Leontius died. It was probably around 544 (25). END_OF_DOCUMENT_TOKEN_TO_BE_REPLACED