Complementarian thinking largely draws on natural law as its general foundation. But grace does not destroy but supports and perfects nature. And so the church, the new creation by that special revelation in Christ, maintains this distinction in the church (e.g., in 1 Tim 2).

END_OF_DOCUMENT_TOKEN_TO_BE_REPLACED 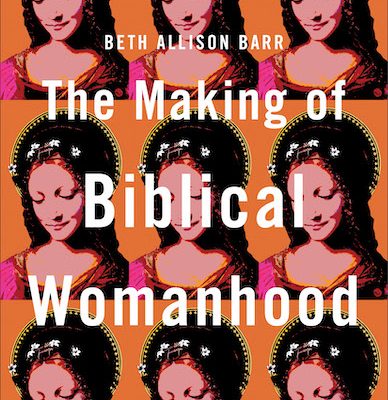 Although Barr may allow for good in hierarchies, she does not explain if or how that might be the cause. And she argues that “gender hierarchies oppress and damage both women and men in the name of Jesus” (9). If I understand her argument correctly then, gender hierarchies as such indicate patriarchy, and patriarchy by definition creates a system of power and oppression that privileges men and devalues and damages women.  END_OF_DOCUMENT_TOKEN_TO_BE_REPLACED

Steven Wedgeworth and Wyatt Graham discuss the masculinity gurus (Jordan Peterson, Joe Rogan, etc.). I enjoyed talking with Steven. I hope you enjoy the conversation too!

Make sure to subscribe to the podcast on Spotify and/or Apple Podcasts. Also, see the host page at Anchor and the Youtube page. And bookmark this page to see every episode.

END_OF_DOCUMENT_TOKEN_TO_BE_REPLACED

Greg Morse from Desiring God recently criticized the new Captain Marvel movie for its feminist ideology. In the review, Morse argues that men should protect women and not celebrate their male characteristics as Captain Marvel does.

Yet not all complementarians see things like Morse does. All complementarians agree that men and women differ. The question is how. Morse, for example, sees super-hero like actions as masculine, implying that the ideology of Captain Marvel makes men cowardly: “Should we so cowardly send our women to protect our children and us?”

Is he right? Before answering that question, we need to consider how and why women and men differ.

END_OF_DOCUMENT_TOKEN_TO_BE_REPLACED

But evidence from the first-century writer Clement shows that he sees the instruction for women be quiet as a general pattern of good behaviour. Before looking at Clement, I want to consider two egalitarian arguments that Paul does not forbid women from teaching in the church. END_OF_DOCUMENT_TOKEN_TO_BE_REPLACED