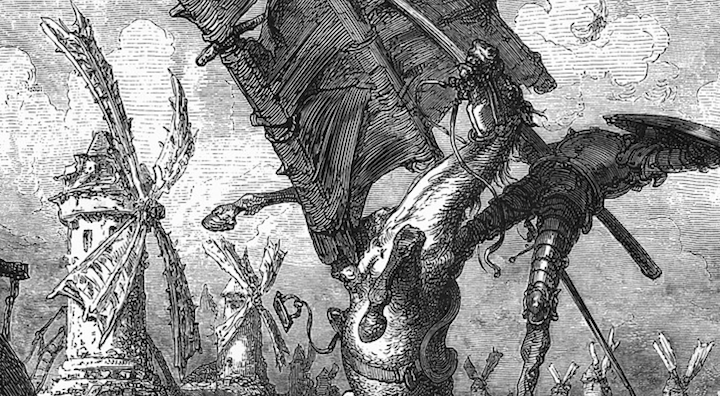 A colleague recently compared (so-called) heroic stands of faith to Don Quixote. Someone thinks they will change the world by a controversial tweet or blog post. They think themselves to be like Athanasius, contra Mundum—against the whole world! Never mind that Athanasius never stood as an individual against the world, but worked with whole teams of peoples and congregations across the Roman World.

But here the facts do not matter. The point is the heroic stand. And the kind of heroic stand I am talking about often ends up with a knight tilting at windmills, thinking himself to be slaying a giant when he in reality has done nothing at all. Worse, he might have even hurt the cause which he putatively aims to support.  END_OF_DOCUMENT_TOKEN_TO_BE_REPLACED