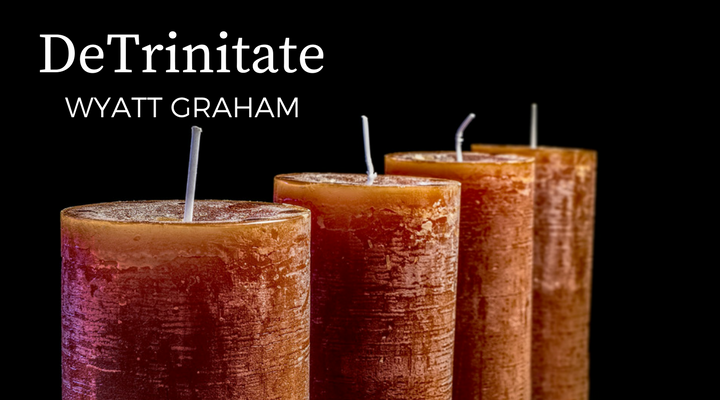 Who exactly is the beloved in Isaiah 5:1. The verse reads, “Let me sing for my beloved my love song concerning his vineyard: My beloved had a vineyard on a very fertile hill”?

END_OF_DOCUMENT_TOKEN_TO_BE_REPLACED

The Old Testament chronicles God’s dealing with the patriarchs and with his chosen nation Israel. So much so that entire law codes for Israel appear in Exodus, Leviticus, Numbers, and Deuteronomy. Here’s an example of instruction in the book of Deuteronomy: “When you build a new house, make a parapet around your roof so that you may not bring the guilt of bloodshed on your house if someone falls from the roof” (Deut 22:8).

Based on this text, here’s a question. Where’s your parapet? Or does the Old Testament’s historical context mean that it does not apply directly to you?

Far from it! On the contrary, the whole Old Testament wholly and completely applies to you and me. END_OF_DOCUMENT_TOKEN_TO_BE_REPLACED

Was John (who wrote Revelation) a Trinitarian? Absolutely.

Of course, he didn’t formulate the Trinity like later Nicene theologians would, but consider how he opens his letter to the seven churches:

Grace to you and peace from him who is and who was and who is to come, and from the seven spirits who are before his throne, and from Jesus Christ the faithful witness, the firstborn of the dead, and the ruler of kings on earth. (Rev 1:4–5)

John opens his letter by saying that “Grace … and peace” come from three somethings.

END_OF_DOCUMENT_TOKEN_TO_BE_REPLACED

Jesus stands at the centre of the Christian faith. Christians place their trust in Jesus and shape their life around him. They also worship him as God. And yet: Jesus was a Jewish person who lived during the first century in Palestine.

So how does this Jewish man become an object of Christian devotion and the centre of a faith to which billions of people subscribe? Put another way, how did intensely monotheistic Jewish men and women come to worship the man Jesus Christ? Added to this question, did early Christians (i.e., those in the first century) worship Jesus as God?

And Jesus came and said to them, “All authority in heaven and on earth has been given to me. Go therefore and make disciples of all nations, baptizing them in the name of the Father and of the Son and of the Holy Spirit, teaching them to observe all that I have commanded you. And behold, I am with you always, to the end of the age” (Matt 28:18–20).

Before Jesus ascended into heaven, he commissioned his apostles. This commission, known now as the Great Commission, has greatly influenced how Christians conceive of the God’s mission on earth. During the 18th century, many felt that this commission applied specifically to the Apostles, and not to everyday believers. William Carey responded this assumption by asserting the universal application of the great commission. Carey’s pioneering vision for missions previewed the great flourishing of missions that would soon follow and whose influence is still felt today.

While Christians today affirm that Jesus’ Great Commission applies to all believers, believers sometimes misunderstand the nature of the commission. The Great Commission has become so common and familiar that its message is often assumed to be something that is not, and this happens in at least two ways. END_OF_DOCUMENT_TOKEN_TO_BE_REPLACED