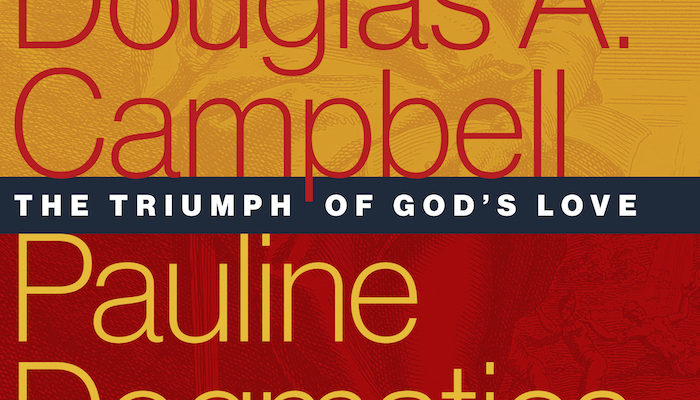 Douglas Campbell’s massive tome (740pp) on Paul looks intimidating. Yet because he writes in an inviting and skillful manner, almost any interested and motivated reader could grasp its content. In fact, it is one of the best-written theology books that I have ever read. Almost certainly, interested lay-persons, college students, and seminarians alike could read and understand this work of pauline theology. Added to that, the cross-disciplinary methodology of Campbell makes the content feel at home in the real world. Insights from sociology and other disciplines de-jargonize the theological arguments throughout.

While I am praising the book’s ability to communicate, I by no means will praise every argument that Campbell puts forward. In fact, I find myself in a position of critical appreciation (sometimes highly critical). For example, the sachkritik method of Campbell (pressing a key, clear idea into a less clear idea to make sense of it) sometimes overrides the scriptural evidence; his hopeful universalism becomes too skewed because it says more than Scripture does; his ethics according to sachkritik and anti-foundationalism lead to infelicitous conclusions; and his admittedly nuanced social trinitarianism gives me pause.  END_OF_DOCUMENT_TOKEN_TO_BE_REPLACED

David Bentley Hart has faced the moral implications of the eternality of hell, found them wanting, and proposed that in the end, all shall be saved. At the heart of his argument lies, from his point of view, the moral hideousness of hell.

Jason Micheli explains Hart’s moral vision well when recounting Hart’s experience of reading an article that detailed the death of a family:

The article highlighted a Sri Lankan father, who, in spite of his frantic efforts, which included swimming in the roiling sea with his wife and mother-in-law on his back, was unable to prevent his wife or any of his four children from being swept to their deaths. The father recounted the names of his four children and then, overcome with grief, sobbed to the reporter that “my wife and children must have thought, ‘Father is here . . . he will save us’ but I couldn’t do it.”

Hart wonders: If you had the chance to speak to this father in the moment of his deepest grief, what should you say? Hart argues that only a moral cretin would have approached that father with abstract theological explanation: “Sir, your children’s deaths are a part of God’s eternal but mysterious counsels” or “Your children’s deaths, tragic as they may seem, in the larger sense serve God’s complex design for creation” or “It’s all part of God’s plan.”

This moral sensibility fills the pages of That All Shall Be Saved. Hart at once denounces the teaching of eternal conscious torment while affirming that in the end (even after a sojourn in hell) everyone shall be saved. 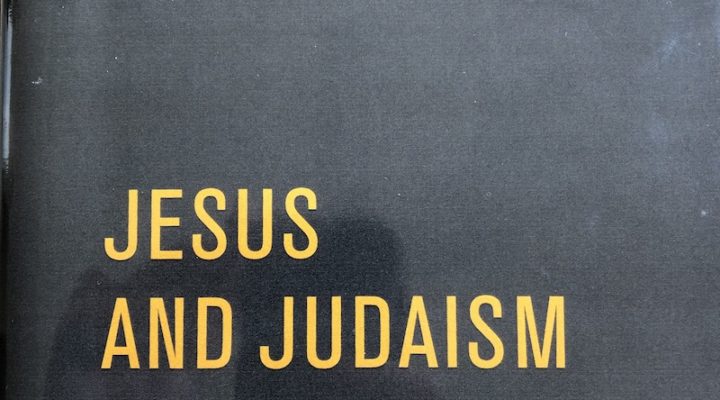 Jesus and Judaism held my attention in ways that academic volumes rarely do. What makes Hengel’s and Scwemer’s work so engaging is its close attention to and citation of the sources that provide the historical context for Jesus. The skillful use of original sources wedded to a narrative presentation of the Jewish history and context around Jesus produces an engaging historical work.

Jesus and Judaism likely will be (and should be) a standard work on the history of earliest Christianity and Jesus in particular for the next decade.  END_OF_DOCUMENT_TOKEN_TO_BE_REPLACED

To slightly exaggerate the case, Interpreters privilege either theological or critical tools depending on their social location (the church or the academy). Seitz attempts to do both. This attempt alone makes The Elder Testament an interesting and somewhat provocative read.

I say “somewhat” because recent scholarship has made similar attempts. Seitz’s attempt, however, to my knowledge, most clearly builds on Brevard Childs’ canonical approach for the sake of theological understanding.  END_OF_DOCUMENT_TOKEN_TO_BE_REPLACED

The translation by Bradley Storin is excellent, and it was a pleasure to have a book that focuses on the author (Gregory) rather than the scholarly apparatus of the editor. The introduction is short and to the point while the notes carry the same kind of simplicity. Since the content here is king, consider these three reasons why you should consider purchasing this affordable collection of letters from a fourth century bishop.  END_OF_DOCUMENT_TOKEN_TO_BE_REPLACED 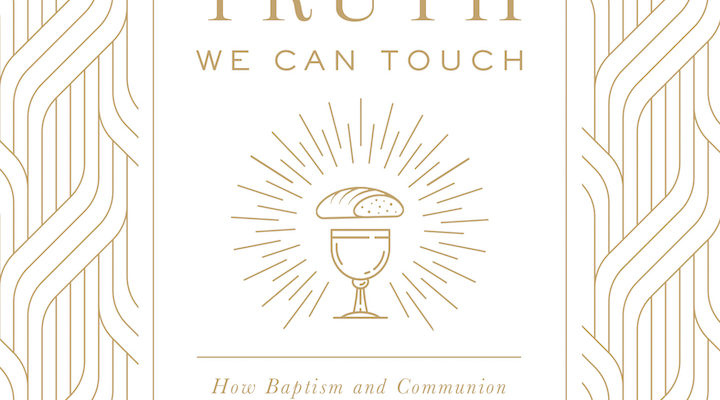 In this sense, the book could easily help churches teach their congregations the meaning of baptism and the Lord’s Supper. It could also be a textbook at the college level. I recommend the work to anyone interested in the topic—I had only some minor quibbles with the work.  END_OF_DOCUMENT_TOKEN_TO_BE_REPLACED